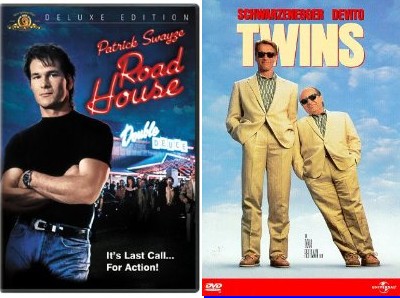 Basically if you zoomed into pixelation level on a dark (darker than the rest of the dark) area of the photo, shapes would emerge from the visual noise that one could easily interpret as any number of things. Personally, upon close inspection I could see the pig-man, a cartoon cat looking hopefully at the sky, and at least one or two ponies.

My ability to see these shapes did not lend credibility to the photo. I had been primed to look for the pig-man, and the other two images I imagined were familiar shapes to me owning more than a few of both of the aforementioned critters myself.

Jim, on the other hand, said he saw nothing but a really, really dark picture. This is when it got ugly.

The person with the photo proceeded to explain that the paranormal would never be proven to the satisfaction of skeptics like Jim because they were not open to all of the possibilities. She also threw in a couple of insults in an apparent effort to make him realize the error of his ways and win him over to her way of thinking.

She also mentioned something about him not having any business talking about the paranormal since he was a mere “journalist”.

When calling someone a “journalist” is an insult, we have a problem.

The conversation illustrated a few things. I hear a lot of talk about “bullying” in the paranormal field. While there are obviously going to be bullies in this field just as there are in any other field (people are people and some of them suck by nature), I found the event to be a brilliant example of how drama starts in the paranormal and it isn’t usually the skeptics that start the actual mud slinging from my experience.

Skepticism is a valuable tool in this field. It is likely more valuable in our research than any blinky light or hacked consumer device that we may have at our disposal. The job of the skeptic is to make sure we have done our due diligence in our examination, interpretation, and presentation of evidence.

Everyone has heard someone make an unsubstantiated claim about something. I talk to a lot of psychics on my program. Since they don’t all have the same “other world” view then some of them must be wrong. It’s simple logic. Get out of the paranormal mindset a moment and look at politics. If you have never heard a politician that is philosophically aligned with your own viewpoint lie, exaggerate, or at least use a quote out of context then you haven’t been listening.

When something is presented as a fact that does not mean it is a fact. I once argued that the same woman starred in both Roadhouse and Twins. Granted I was drunk at the time, based most of my argument on the name “Kelly”, and was distracted by the nude scenes, but I was sure of my position. I was, of course, quickly proven wrong and went to bed.

When someone disagrees with your interpretation of a piece of evidence, take a step back and try to view it through his or her eyes. Like it or not, their perception of the world, experience, and education is going to have an enormous effect on the way they view what is presented to them. Once you acknowledge and understand an opposing view then you are better prepared to defend your own interpretation. But until you are willing to educate yourself better than the opposition about a piece of technology or even a mental process, you are not likely to win the argument.

Every discussion about paranormal data should be approached with BOTH the intent to educate and to learn. You convince someone by educating them, or at least making them question their own line of reasoning. If their opinion has a researchable basis, then the burden falls to you to produce opposing research.

But if the best weapon in your arsenal is to resort to name-calling or any line of thought based on “just because” then you have lost the argument and no one will take you seriously even if you turn out to be right.

And being right is no fun when no one is listening.