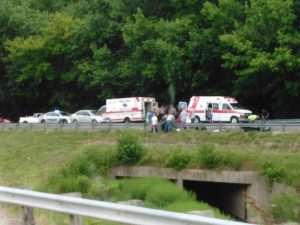 END_OF_DOCUMENT_TOKEN_TO_BE_REPLACED

Autumn On The Farm

I probably won’t be much good to anyone today as I FARMED ALL DAMNED NIGHT.

I had a very vivid (if factually muddled) dream last night. I suspect it reflects some things that have been in the back of my mind more than any message that might be buried in it, but here goes.

The location was “the farm” in late autumn. This farm pops up from time to time in my dreams. It is based on the farm where I grew up. Most of the geographical features are there, but it always has these glaring anomalies that separate it from the real place.